The Haunting of Careaway House

On the precipice of making her big break in the journalism world, Mary is sent to write a report about the care home ‘Careaway House’. A simple task… or so she thought.

After beginning to interview the strange, somewhat eccentric, folk who live in the care home, strange events begin to occur. Events that are inexplicable… perhaps supernatural. The shadow of a man wandering the corridors, strange noises in the night, and the dark history of the care home to accompany it. Together, the residents and Mary investigate the causes of the strange goings-on in the care home. But have they bitten off more than they can chew? Or is there more than meets the eye at Careaway House? 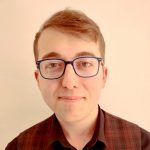 Mark is a Primary School teacher in Dudley, West midlands- a job which he thoroughly loves- after graduating from Worcester University. Since he was a child, his two aims in life were to teach and to write. However, after studying drama at GCSE at Kingswinford Secondary School, he was inspired by his teachers to pursue acting as a hobby. Therefore, he joined Wordsley Amateur Dramatic Society at the age of 16- and he is still an active member to this day. It was at WADS he developed a love for theatre and has acted and directed a range of plays. This is also where he gained a love for writing plays. He began writing one-act plays for festival performances (for which he has gained several awards), but once he had caught the writing bug, he continued to write full plays over a variety of genres. The support the group has provided him with has developed who he is today, and also his ideas about theatre. It was also where he met his better half, who has supported him with his writing ambitions and is arguably his toughest critic.